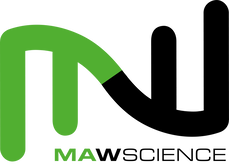 Prior to the conference I attended a couple of months ago, the only ones I participated in were student run as part of my undergraduate degree. Early in 2020 I submitted an abstract to attend a conference in Prague and was excited by the prospect of going abroad and presenting a poster at my first “proper” academic conference. It was, however, postponed because of the pandemic and moved to 2021 where it was carried out virtually. There were good and bad points to this, we will start with the positives.

First of all, the removal of the need to travel and sort hotels. Not only is this environmentally friendly as the conference had attendees from all over the world but it also reduced the amount of stress involved. Since the return to work, there has been a lot to catch up on with lab work and writing being busier than ever, therefore not having to worry about booking hotels and flights was one less thing to think about.

Secondly, the recording of all the talks and posters. As everything was presented online it was easy for every presentation and poster session to be recorded and uploaded. This meant that if talks or sessions overlapped it was still easy to go back and watch through the parts of the conference that were missed. Furthermore, all the posters were uploaded onto a virtual room, which meant that during and after the event we were able to scroll through and peruse all the posters that were submitted. This ability to go back through aspects of the conference was great because it took away some of the pressure to attend every minute and the worry over missing something particularly interesting.

Onto some of the negatives. I mentioned above that the online poster room was implemented to allow people to look through the posters before, during and after the event. The main purpose of this was to allow people to read posters of interest before the poster session so that they could formulate questions, the session itself would then serve as a Q&A. However, the virtual poster room was not up and running until the last two days of the event. This meant that for many, myself included, who had their sessions earlier on, had people attending who had not been able to look through and formulate questions on the poster. Therefore, I ended up having to give a very impromptu, off the cuff presentation zooming in and scrolling across the poster. This took up a lot of the allotted time and therefore reduced the time for questions.

Secondly, technical problems. Understandably, trying to organise a large academic conference that encompasses several sessions, networking spaces, talks and posters, with people attending in different time zones was always going to be difficult. However, they did not make it easy for themselves by trying to use three different pieces of software, one each for the talks, poster room, and networking. An example of this is mentioned above with the delay in the poster room working. However, it also presented itself in issues with the presentations. In the poster sessions themselves people struggled to have their uploaded posters viewed, with screen share not working and students sat there with a blank screen whilst people tried to fix the problem This disrupted sessions and was undoubtedly stressful for those involved. Additionally, the networking software was something none of us had seen before and took some playing with. There were also issues with control over the presentations, with some speakers being unable to move their own slides and none of them having access to the typed chat in which the audience could ask questions. Resulting in a moderator having to keep track of and read out the questions. Overall, it would likely have been simpler to run the event through Zoom, the software that many have become well versed in over the pandemic and made use of the breakout room function for poster sessions and networking.

Finally, I would say that some of the networking was lost due to it being online. I have not attended an in-person conference; however, I have spoken to many that have. They all say that the lunches and dinners that occur as part of the event really encourage conversations and networking and result in good connections. However, after spending a day watching back-to-back presentations it is all too easy to forgo online social events in favour of a quiet evening at home. Online socialising is often more awkward and less natural and therefore is less appealing. Additionally, the different time zones often meant that it was difficult for everyone to be available for these events.

To summarise, the event was an enjoyable one. After so much time working in the little bubble that is our lab and university, it was great to see all the interesting research that is going on around the world. It was also fantastic to present my first poster at an international conference to researchers whose papers I read and reference. However, the technical issues resulting in impromptu presentations, disrupted poster sessions and difficulties with asking questions did impact some of the experience. Additionally, I felt bad for those in different time zones who had to present early in the morning and late at night. Finally, being at home rather than at an event did detract from the social aspect of the occasion and made networking more difficult.

It is tricky to say how many future conferences will be conducted online or whether there will be a push to get them back in person. On one hand, keeping them virtual is beneficial for the planet, it is difficult to justify having researchers fly across the world often to discuss climate change related science, and it enables people who may not be able to attend due to financial or practical reasons, to still be a part of the event. However, it is undeniable that some crucial aspects of a conference are lost, perhaps as they become smoother and the online conference technology becomes better, the online networking will improve. Only time will tell, overall, it was an enjoyable event and a valuable experience.

Have you attended any virtual conferences? Did you enjoy them and which would you say is better? As always, I welcome any feedback and always happy to chat.
​
@plants_n_cells on Instagram
@MaW_Science on Twitter
mwoodard@mawscience.com